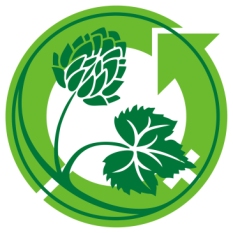 The last time I was in to PEG Beer Co. I had a chance to chat with Dot, the events manager. They were talking about participating in International Women’s Collaboration Brew day. I had heard of this day in the past but never looked too much into it. So, I decided it’d be fun to chat with Dot and find out what this day is all about and what we can expect here in Winnipeg.

The day was founded by Sophie De Ronde who is the NPD Brewing Technologist at Muntons Malt in the UK.  Reaching out to members of the Pink Boots Society, a non-profit organization of women in the brewing industry, she sought to start a unified day to encourage women to get together and brew beer. Each year there is a theme to help guide those getting together to brew.

This year, the theme is Unite once again, but rather than have a specific style they are asking women to Unite with Local industry to come up with a beer and brew it. Dot and her team made of up women who are either involved in the brewing industry or passionate about brewing beer, have decided to brew a beer using local honey and local hops from Sandra Gowan’s Prairie Gem hop farm. The name of this wonderful collaborative beer? “Don’t Call Me Honey”.

Those participating in the collaborative brew day are encouraged to donate any profits they might make from the sale of the beer to a charity. While Dot has participated the past 2 years, this is the first time that Winnipeg will see a commercial brewery participate and can make profits. This coincides wonderfully with the concept of a “community tap” that Nicole Barry had for PEG even before opening. So, this beer will be the first community tap and profits will be donated to the Women’s Health Clinic.

This will be the first time that Dot and her team have brewed a beer commercially. They’ve expanded the group to include some new faces this year as well. The goal is to include women in the industry and those who are interested in beer. The entire goal behind the day is to encourage more women to get involved in the industry which has been traditionally male dominated, and to give a space for women who are interested in learning more with mentors.

This event at PEG is officially linked with the International Women’s Collaborative Brew Day and they show up on the map along with a variety of other Canadian breweries including Rebellion in SK.

The beer itself is being brewed on March 8th and a release event will be held on April 2nd. For those women who are interested in beer and getting started on brewing, Dot has these words to share:

I for one am excited to try the beer.