Local beer business is booming. We are seeing more in the way of beers being brewed, distributed and consumed. So, I’m pretty excited that Nonsuch has gotten their first beer into their beautiful bottles.

For those of you who don’t recall, Nonsuch is a local brewery that is made up of some pretty talented people. Take a read through my write-up on them here. They’ve run into some bad luck along the way and have had a difficult time finding a space of their own. Thanks to the amazing camaraderie of the local beer community, most especially Barn Hammer who has provided Nonsuch with space to brew, they’ve still managed to get beer out the doors. This bottle release represents the first beer they’ve packaged and sold at such a large volume. 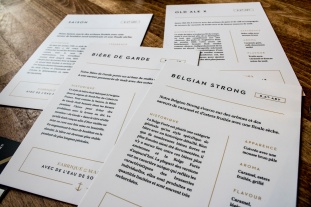 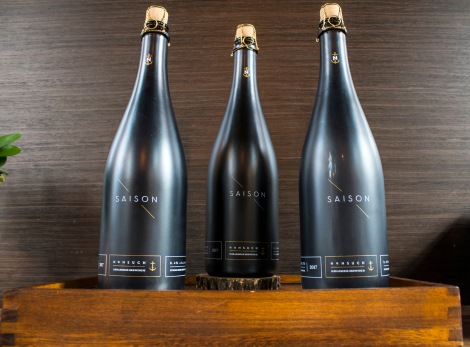 Saison’s are a sturdy farmhouse style of beer. Originally brewed in Wallonia, the French speaking part of Belgium, it was a beer brewed at the end of the cool season to last through the warmer months before refrigeration was common.  It had to be sturdy enough to be able to last but also not too strong so it would quench your thirst in the summer months.

This style of beer is very complex with a lot fruit notes, spices, and earthy yeast notes to the beer. They tend to combine nice fruity notes with spice and a subtle sourness or tartness. Usually lots of spice with mild bitterness and a dry crisp finish and only a hint of sweetness. At one point in time Saison’s were an almost extinct beer style but they have seen a great resurgence and are commonly brewed by a number of craft breweries across Canada.

Nonsuch has brewed what could easily be called an “Imperial” or “Double” saison in that it comes in at a whopping 8.5%. While the style traditionally was one to have on nice summer day to refresh and quench your thirst, I wouldn’t recommend drinking many of these or your day probably won’t be very productive. I’d also forewarn folks that their beer is highly carbonated. The two bottles I’ve opened immediately started foaming from the top and so I’d suggest opening them in the kitchen sink so as not to make a mess.

ABV – 8.5%
Appearance – Pours a hazy straw coloured with an incredibly active and vibrant carbonation. The head filled 90% of my glass did not dissipate. Pour slowly or let it expend some of its excess energy before pouring.
Smell – Nice fruity esters, notes of bubblegum and dried fruit.
Taste –It has a very nice fruity character to it with yeast esters coming through nicely and bringing a bubblegum note along with some pleasant sweetness. Alcohol is noticeable and has a warming character.
Mouth Feel – Highly carbonated, light bodied, alcohol warm on a dry finish.
Overall Thoughts – While I certainly don’t feel that this is what you’d expect in buying a saison (more a dubbel or a Belgian strong) it did bring some typical saison notes in the smell and taste. If you typically like other lower alcohol saisons, this is not like those.
Do I like it? – Yes. I like this quite a lot. Whatever you choose to call it, or however you choose to try and classify it, it’s a solid beer. The two bottles I opened, despite having ridiculous carbonation, were tasty and I enjoyed them both.

I’m really excited that Nonsuch has started bottling their beer. Not only does it mean they are moving forward, it also means that I can now start drinking it. The bottles are beautiful and I’m excited to see what else they come out with. They’ve got a Tripel on down at the Forks, and their Oud Bruin was stellar.