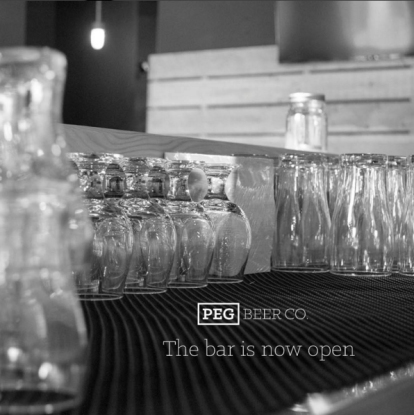 I had the opportunity to attend the soft opening of PEG Beer Co this past Thursday (March 31st, 2016). To be able to be in the completed space was pretty surreal. After my visits to the space and seeing it in progress, it has been quite a transformation. Given that the team at PEG had spent a year in the planning, a year in the building, and now the doors to the one of first of the new craft breweries in Winnipeg is on its way to being open.

Right now only half of PEG Beer Co has opened its doors to the public. I say half because the brewery is still not operational. Nicole said that they hope to be able to start brewing in the next 3 weeks. All of this is dependent on the permits and getting the official go ahead to start brewing. Once they do, they should have their first beers ready in 4-6 weeks. These I am looking forward to tasting and reviewing. 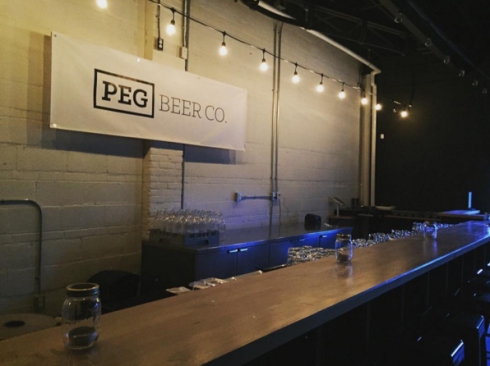 There were certainly some hiccups at the soft opening. The servers are still getting a hang of everything going on, they were working incredibly hard, and there is no PEG beer to enjoy. Instead, the brew pub has a list of beers that it is getting from the Liquor Marts and selling. They are certainly choosing some great beers which is nice, but I am much more anxious to get into the space to enjoy the beer that they will be producing themselves. Their guest beer list is here. It seems to be changing as they get new product into the Liquor Marts. 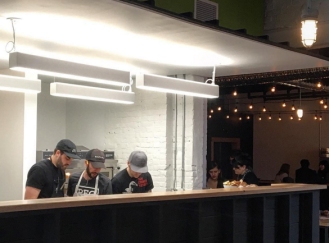 The food menu is quite diverse and provides some interesting options for patrons. From charcuterie, house-made bread and jams and flatbreads all the way to whole chickens, stuffed trout and ham served family style, there is an eclectic selection of food.  For me, I think I’ll be mostly sticking to the smaller fare. You can, of course, check out their menu here and decide what you think you might most enjoy.

For now, PEG is open Tuesday-Saturday from 4pm-11pm. I’d encourage you to get out and support them. It isn’t easy to open a new restaurant, let alone a brew pub. For all of us Winnipeggers clamoring for new craft beer, we need to make sure that we put our money where out mouth is and support these new breweries as they open. I know PEG doesn’t have beer yet, but they will, and I for one will do my best to support all the new breweries.

One thought on “Bar at PEG Beer Co. Open”