I stopped in to visit with Little Brown Jug this past week and catch up on their progress. I have to say that the space is looking both fantastic as well as pretty much complete. They have been working hard on getting their beer ready and they are ready to go. It’s an exciting time for beer in the city of Winnipeg.

Last week was spent really dialing in on the brew house system. It’s actually a pretty incredible setup that focuses on efficiency (both in brewing and environmentally) and recovers much of the heat from the brewing process. The kettle actually uses steam through an external calandria which allows for an incredibly quick rolling boil and a much more efficient process. They have also installed an auger from their grain room directly into the mash tun. In fact, they are able to grind into a sealed auger so that they can prepare the day before and be ready to brew. Overall the brew system is really cool and I encourage anyone interested in these things to go check it out.

All of this hard work has resulted in them being ready to send out kegs this week.  Kevin indicated that they would be sending out kegs to beer spots in the city – Quality Craft Beer Store, King’s Head, Good Will, Barley Brothers – Polo; Carbone – 260 St. Mary; and Pineridge Hollow. All of these places will have beer on tap this week with Pineridge Hollow coming next week.

They are open as of today: Wed-Fri 3-9PM and Saturday noon – 8 PM, with these limited hours to allow for people to come in and pick up the beers. As well as the opportunity to try the beer in their tap room, they are doing growler and howler fills as well as offering pre-filled 750ml little brown jugs. 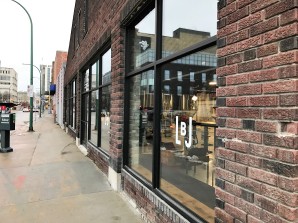 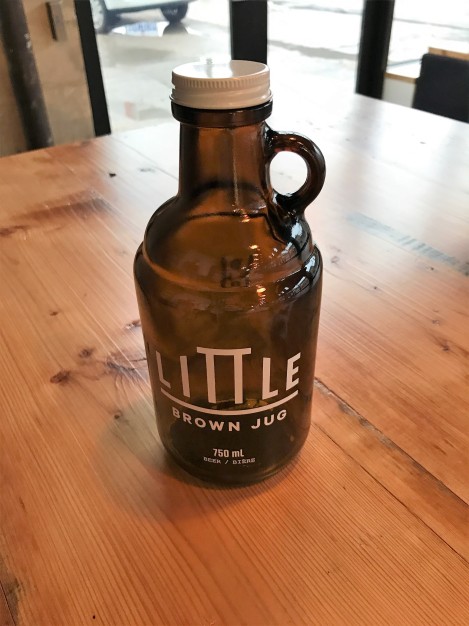 The really cool thing they are doing with these little brown jugs is offering an exchange program on them. Essentially you don’t own the jug. You put a deposit down and when you come back you can either exchange it for another pre-filled one or get your deposit back, your choice. I think this is an excellent idea and it’s actually how I feel the growler system in the city should be working.

Little Brown Jug is really trying to be efficient with peoples’ time and recognize that people may not always have the opportunity to wait around for a growler to be filled. By offering these jugs, pre-filled, people can pop in, grab some beer, and head on their way. While they do have a small tap-room space at LBJ, they are first and foremost a production brewery. 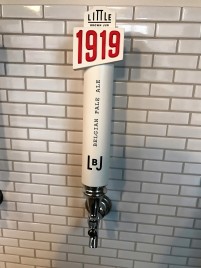 Little Brown Jug is launching with one beer, a Belgian Pale Ale that is brewed with brewers’ gold (a derivative of a local hop). I for one am excited to get a chance to try another new beer to the market and I really look forward to seeing what they may come up with next down the road.

Tomorrow is the first day of the craft beer advent Calendar. I’ll be posting in the morning to give you an idea of what to expect but I won’t be posting about the beers until later in the afternoon/evening. Last year I inadvertently spoiled the surprise for others and I want to do my best to avoid this. So, get ready for a 24 daily posts about “New World Beers from Old World Breweries”.