As I prepare to head out to the East Coast to celebrate family and enjoy the burgeoning craft beer community in the Maritimes, I have one more post to do on a local Winnipeg-based brewery looking to open in September.

Little Brown Jug, located at 336 William Avenue, graciously opened their doors to me for a tour and chat about their brewery. Founder Kevin Selch and brewmaster Bernie Weiland are hard at work getting construction finalized on their beautiful Exchange District location. The site was once the transportation depot for Red River Motor Coach before becoming a wallpaper shop, a printing business, and now the new digs of Little Brown Jug. 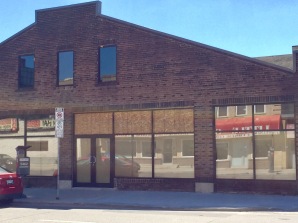 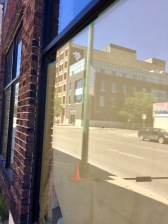 Some Winnipeggers may recognize the Bernie Wieland from his brewing work at Half Pints over the past year. While this was his most recent position before becoming head brewmaster at Little Brown Jug, Bernie brings a wealth of knowledge and experience in brewing. His first job in 2000 was with a brewery at Gilde Braurei in Hanover, Germany. Producing over 600,000 HL a year.  This was one of northern Germany’s top 10 breweries.  After spending some time there he gained even more brewing experience at Fort Garry, the Vancouver Island Brewing Company before getting his brewing certificate from the Siebel Institute. He then went to get his Master’s diploma from UC Davis before taking the role as brewmaster at Lake of the Woods in Kenora. He came back to Winnipeg for his stint at Half Pints before moving over full time to Little Brown Jug at the beginning of June. This Brandon-born, Winnipeg/Neepawa-raised globetrotter is excited to be back full-time in Winnipeg.

Kevin Selch is also originally from Winnipeg. He had spent the last 10 years based in Ontario working as an economist with the federal government.  He worked with Industry Canada on all kinds of economic and policy plans, including telecommunications policy, intellectual property policy, the defence procurement strategy, and the Nortel bankruptcy. Before this he worked as a trade economist and was involved in negotiating free trade agreements in Geneva, including work on the Canada-EU agreement. Kevin has always had a passion for urban development, urban manufacturing and the repurposing/redevelopment of old buildings. Having taken an old Victorian home and renovating it from studs up, he has excels at taking the old and making it new while still keeping the character.

For the past three years, Kevin has planned to open a brewery. While recent changes to the liquor laws was certainly a help, the decision to open Little Brown Jug was a natural step in his business plan: he’d arrived the point where he couldn’t plan anymore, he just had to take the leap.

Having spent the past 10 years in Ottawa, Kevin had the chance to explore the southern Ontario, Quebec and Vermont craft beer scenes. He loved the social aspect of these breweries and wants to use the tasting room at Little Brown Jug as a community space to bring more people to the downtown. Kevin hopes that people will come to Little Brown Jug before heading out to dinner at one of the other local establishments. Working in partnership with other exchange businesses to help benefit them all. 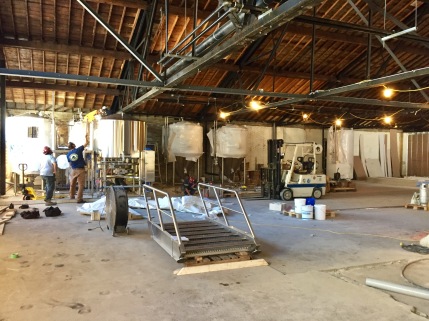 For Kevin, transparency is a big part of the business model. They want to be honest in their advertising, transparent in their brewing practices, and community oriented in their business outcomes. They want to focus on quality ingredients and brewing practices and plan to pace themselves, launching the brewery with one beer, a kräusened Belgian Pale Ale. On open they also only have two fermenters – another good reason to focus on their Belgian pale ale before brewing other beers as they add equipment.  Bernie hopes that they will be able to add another beer starting in January or February.  As for capacity, they are starting with a 20 hectoliter system, brewing 40 hectoliters a week. Little Brown Jug will only use Canadian-made equipment and they worked directly with the engineer to help develop their brew system.

Focusing on one beer will allow for Little Brown Jug to be picky when it comes to sourcing ingredients for their beer. Belgian Pale Ale being Kevin’s favourite style of beer, and standing on Bernie’s experience brewing, they are excited to launch with a beer people will be keen to seek out.

Little Brown Jug’s ideal tasting room is more than a space for people to come, drink a beer and leave. They want the space to be usable by community groups, be a meeting place before heading out for dinner, and to be a spot where you can see the brewing process first hand, ask questions, and learn about the beer. Starting with kegs, growler fills and signature 750ml little brown jugs, people will have a few options for bringing beer home. While they do hope to can in the future, this is a more of a long-term plan; Bernie says he can see LBJ start canning two to three years down the road.

Kevin and Bernie really wanted to be a part of Winnipeg’s downtown atmosphere and the urban renewal happening in the Exchange District. It was important to them to be able to bring their brewery to this area, both benefitting from the surrounding renewal and contributing to it. While opening a new company is challenging no matter what it is, Kevin has said the process thus far has been good.

Kevin and Bernie have been incredibly busy with the construction phase of the brewery. When they came in, the space had to be completely gutted and while there hasn’t really been time to look back on all they’ve accomplished, Kevin did say that seeing how far the space has come is starting to make the dream of opening a brewery seem like a reality.

Kevin really wants LBJ to embody the grain to glass experience and told me having Bernie as part of his team is a huge asset. Bernie’s knowledge about brewing and the brewing industry, his input and his expertise bring a lot to the table. Forming a business team requires tremendous trust and Kevin feels they are a great fit as they trust one another’s opinion completely.

With a goal to open in September, I’m excited to visit again when I return from the East Coast to see the progress they’ve made and, of course, I’m looking forward to trying their beer.  For now, they do have a really nice ¾ sleeve T-shirt for sale. 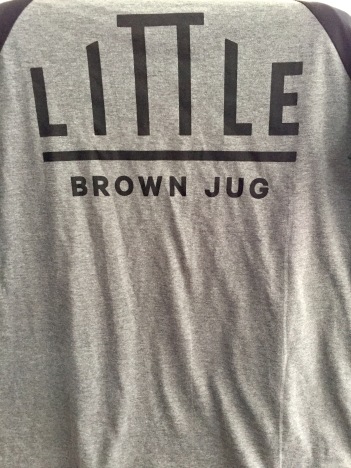 This is my last post before I head out East.  Be sure to follow me on twitter @beerwinnipeg if you’re interested in following my East Coast adventures. I’ll try my best to visit breweries and do some posts from the Maritimes where the list of breweries keeps growing, so be sure to follow along. As always, thanks for reading.