For the second beer post today, I’m writing about Day 11’s beer which is coming to us all the way from the Netherlands. This isn’t the first time we’ve had a beer from Brouwerij de Molen. In fact, this is the third time that we’ve see one of their beers.

In the 2016 calendar we had a Winter Saison, and in the 2014 advent calendar, we had the chance to try their Winter Porter. The beer we have from them is called “Dasher & Dancer” and is an Irish Red Ale.

The breweries name means “The Mill” and is located inside a historic windmill building called De Arkdulf, which was built in 1697.  As well as a brewery, they also have a retail business on site and a restaurant which creates food to pair with their beers.

Founded in 2004 by head brewer Menno Olivier, this brewery can produce 500 litres per batch with an annual production of 500 hectolitres.  The equipment at the brewery includes converted dairy tanks which are used as fermenters and the bottles are still capped and corked by hand.  Today the brewery can produce 2500 litres at a time and has an annual production of 6000 hectolitres due to the purchase of a new building 200 meters away from the mill.  One interesting thing about this brewery is that they do not dispose of unsatisfactory beer.  Instead, this beer is distilled into a “beer liqueur” at 20% abv and is then sold as well, reducing the spoilage of the beer, and allowing them to still make profit off bad batches.

Irish red ales are typically an easy drinking pint of beer. They have subtle flavours and are more malt forward with a balance between toffee/caramel sweetness and slightly grainy biscuit notes. Some versions, like this one, will emphasize the caramelly sweetness a bit more.

While it’s true that Ireland has a long tradition of ale brewing, this style of beer is an interpretation of the English Bitter with less hopping and a bit of roast to add colour and dryness. Having been rediscovered as a craft beer style in Ireland, it has now become quite a regular style in many brewery line-ups along side pale ales and stouts. Onto the beer.

Appearance – Pours a clear amber with a huge frothy white head.
Smell – Pine and Resinous hop note are the first things that come through for me on this beer. There is a biscuity caramel malt back end on the nose as well.
Taste – Taste is a very subtle version of the nose. There are those resinous pine hop notes that jump up right on the tongue before a subtle light caramel malt sweetness rushes in to push them aside. After the malt sweetness leaves you are left with a bitter dry finish.
Mouth Feel – Soft carbonation with a dry finish.
Overall Thoughts – Overall, I don’t really know where this one fits. The malt notes were overly subdued. The body was a bite on the light side for me and I was missing that caramel malt sweetness from this beer.
Do I like it? – I found this one to be lacking a bit for me. I didn’t really enjoy it overall, and I’m a big fan of these guys. 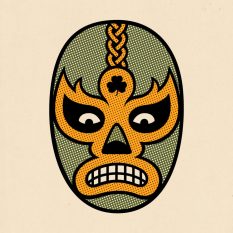 *Writer’s Note: I did receive this pack to review free of charge. This did not influence my write-up. *

I was pretty excited to get a package from Beaus with a few more beers to review. They have a number of things coming up for us folks in Manitoba and I’m excited for the future.

I did a pretty in-depth write up about Beau’s when I met with co-founder Steve Beauchesne, but I do want to reiterate a bit about the brewery. Founded in 2006 in Vanleek Hill, Ontario by father and son Tim and Steve Beauchesne, Beau’s is an employee-owned and completely independent Canadian craft brewery. Led by head brewer Matt O’Hara, the focus at Beau’s is to brew interesting and tasty beers using only quality, certified-organic ingredients and local spring water. While not the only completely organic brewery in Canada, they certainly have made a name for themselves with their business practices: they’ve won over 85 awards for their brewing, packaging design and business practices. This includes two gold medals at Mondial de la Biere (Strasbourg, France, and Montreal Quebec); six gold medals at the Canadian brewing awards, seven times “Best Craft Brewery in Ontario” and seven times “Best Regularly Produced Beer in Ontario” at the Golden Tap Awards.

Beau’s is also the official beer for the 150th anniversary of confederation. This is a pretty amazing achievement and they’ve been in full swing with it. They are planning to do collaborations across Canada. I had the chance to try the collaboration they did with the Fogo Island Inn located on Fogo Island, one of Canada’ oldest settlements. It was a Myrrh smoked Gose and it was pretty tasty.

Beau’s did confirm with me that they are going to be doing a collaboration brew with a Manitoba brewery. What is still to be confirmed is the brewery and the style of beer. What I do know is that we are getting some beers from Beaus coming our way. Today I’m reviewing their Strong Patrick Irish Red Ale.

This beer is presently available at Liquor Marts around the city.

Irish red ales are typically an easy drinking pint of beer. They have subtle flavours and are more malt forward with a balance between toffee/caramel sweetness and slightly grainy biscuit notes. Some versions, like this one, will emphasize the caramelly sweetness a bit more.

While it’s true that Ireland has a long tradition of ale brewing, this style of beer is an interpretation of the English Bitter with less hopping and a bit of roast to add colour and dryness. Having been rediscovered as a craft beer style in Ireland, it has now become quite a regular style in many brewery line-ups along side pale ales and stouts.

This beer is part of the Wild Oats series of beers from Beau’s. It has also been “barrel-accented” (short term barrel aging) in wheat whiskey barrels which give it a bit of wood and vanilla notes.

ABV – 6.7%
Appearance – Pours a clear dark-red almost brick colour with a good 2” head that wisps away leaving slight lacing on the glass.
Smell – Smells of caramel, toffee, slight vanilla, with some biscuit notes.
Taste – Caramel and toffee sweetness on the front with a slightly grainy biscuit and vanilla. Slight hop notes balance out the sweetness leaving a dry finish.
Mouth Feel – Soft carbonation with a dry finish.
Overall Thoughts – Very good representation of the style of beer as it is described.
Do I like it? – As I’ve been noticing, Beau’s beers are quite on point. This is one I’d be happy to buy regularly. I enjoyed it. I liked the extra weight to it from the barrel aging and the slightly higher ABV. It was nice and drinkable while having a good combination of flavour notes.

Beau’s is still planning on sending some beers this way. We will see their Buenos Dias Gruit coming in May. Beau’s has also submitted to bring another seasonal beer, yet unknown, for the Liquor Marts coast to coaster promotion in June. Beau’s will also be at the Flatlander’s beer festival and there will be a seasonal beer coming to Manitoba in July, likely their Wag the Wolf Hopfenweisse. The Tom Green Beer Golden Vox Rye Pale Lagered Ale and Lug Tread are also listed for restaurants to purchase to put on tap.

We are starting to see more and more of Beau’s beers come into Manitoba and complimenting the great selection we are getting locally. I, for one, am very excited to see what the collaboration beer will be. Keep following along as once I know you will too.