Being sick sucks. Being sick with a child sucks even more. You end up in this cycle of everyone getting sick and then no one actually gets better. Luckily, we’ve overcome and I am now well enough to be back writing, working, and enjoying beer.

Just in time too. Peg is celebrating one year of brewing beer, Stone Angel has opened it’s doors and is pumping out some really tasty beers, and Trans Canada Brewing will be opening this week.

For those of you who aren’t familiar with Trans Canada brewing I’d invite you to read my write-up of the brewery and the team here. It’s an ambitious project that has invested money in all the right places from equipment to personnel to taproom food. The pizzas are awesome, the team is skilled and experienced and the equipment is the top of the line. They’ve even got French Oak Foeders. 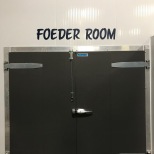 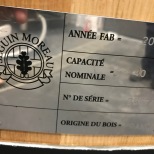 So, here are the details:

While I don’t know what all 12 beers will be, I do know they have a variety of styles available. They have brewed an American Pale Ale, an IPA, a Double IPA, a dark lager, a session lager, a couple of saisons, a wit, a pilsner, and a blonde as well as some others.

I’d encourage everyone to take the opportunity to pop in and check out this new brewery for yourselves. It’s a beautiful space and I’m excited to see what they can do with the team they’ve put together. I’m excited to sit down with their Head Brewer, Morgan Wielgosz, again for my Get to know a brewer series.

Now that I’m feeling better, I’ve got a bunch of stuff to catch-up on. I’ve bought a bottle of Surly Darkness 2016 for review, I’ve got the Beaus/Half-Pints King Kvass for review, I’m sitting down with Colin from Peg tonight for an anniversary post, and I’ll be sitting down with Daivin from North City Growlers this week too. Lots to come, so follow me on WordPress and Twitter for all the latest.