Open for just over two months, Torque has entered the craft beer market in Winnipeg with a tour de force. That they have such a large brewing capacity combined with the fact they are the first of the new breweries to can has meant they are quickly building a name for themselves as makers of a high-quality and delicious craft beer.

The taproom at Torque is under construction. John Heim indicated they hope open in the next few weeks. After the construction phase the team must install their PoS system, and determine noise levels and seating arrangements.  They are going to move their test batch fermenters into the growler fill area (I wonder why) and will fill directly from the line (after purging with CO2). Look for an announcement on Twitter as John indicated they’d likely be doing a special taproom opening event. 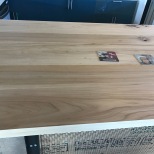 When I stopped by Torque to see how things were going, they were just getting their canning line setup to do 12oz cans for their variety packs. They hope to have this coming out in the near future. We can pin the blame for the delay on one of their beers: since their Helles is a lagered beer it takes eight weeks from brew to can. This means it takes up a lot of tank space and, as one of their most popular beers, they are finding it difficult to keep up with demand. 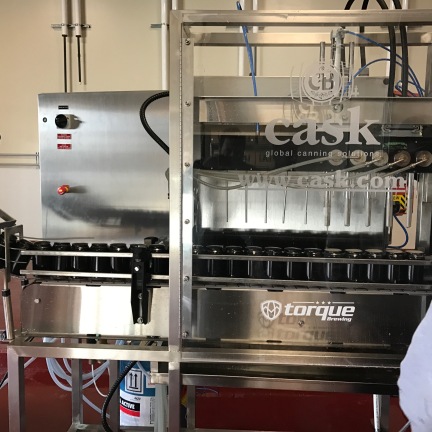 That said, after their first three weeks of brewing, Torque had already found themselves in need of new tanks. They’ve ordered three new fermenters and two new bright tanks to give more capacity for the brews. The need for expanded capacity is urgent as Torque has signed on to contract brew for Lake of the Woods Brewing. Torque will start by brewing the Firehouse Ale but expect to probably do more in the future. The contract is for 100 brews a year, mostly suppling Manitoba.

The popularity of Torque’s beer can’t be overstated: they’ve gone only five of the past 57 days without an order from someone. They’ve recently been put on tap at the King’s Head, Original Joes while The Keg will soon be carrying their beer in cans. Recognizing this, they are working hard to reward supporters who believed in them from the start while still growing to meet demand.

Even though Torque is working hard to keep up with demand for its four flagship beers, they aren’t going to allow themselves to get stagnant. They have a “Finish Line IPA” coming to growler bars in November. This is their Red Line IPA but done with local flower hops from Prairie Gem Hop Farm. They also have a Dunkelweizen that is planned for the growler bars in December and are looking to release a “Winter Pudding” winter warmer in January. 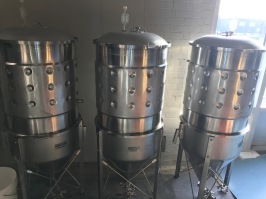 On top of all this brewing, Torque is looking to get their barrel program underway. Working with Ken Yost, they are looking to start doing barrel-aged sours as well as barrel-aged beers such as Russian imperial stouts and Belgian Strong beers. They also want to work with the new local distillery, Capital K, to get some whiskey barrel-aged beers on the go.

If you are interested in connecting with the folks from Torque, they are very active in the community and participating in a number of events. Coming up on November 16 they will be at Garbonzo’s (U of W) for their annual Beer Festival which runs from 7 to 10 pm. On November 17, they’ve partnered with Inferno’s on Academy to offer a Beer Dinner: a five-course meal of dishes made with Torque’s beer along with a pairing of beer. Tickets for this are $80 and as of writing they had 20 remaining. You can contact Inferno’s to book.

With all the success Torque has seen so far, they’ve added a second brewer. Torque is very happy to welcome Perry Joyal to the team. He is working closely with Head Brewer Matt Wolfe as they continue to expand their operations.

Overall, things are moving forward at a lightning pace for the folks at Torque. I hope they are able to keep up with their demand as I have been enjoying all of the beers I’ve tried thus far. I’m anxiously awaiting the opening of the tap room and looking forward to trying some of the new brews on the way.

You can find Torque’s beer all over the city, but especially at Liquor Marts and beer vendors like Quality Craft Beer Store on Pembina.

5 thoughts on “Torque – Two Months In”